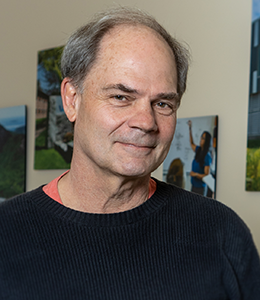 Robert E. Braun, PhD 1985 (Microbiology) has made seminal contributions to our understanding of the genetic control of spermatid development and the development of genetic and genomic approaches to investigate fundamental questions in mammalian germ cells. Formerly Vice President of Research at The Jackson Laboratory (JAX), he is currently the Janeway Distinguished Chair and Professor of Mammalian Genetics and principal investigator for the NIH Knockout Mouse Project at JAX. Driven by a commitment to teaching, training and mentorship, his legacy as an educator includes designing innovative educational initiatives for students from high school through doctoral programs, including the Mammalian Genetics at JAX program at Tufts, along with initiatives in Israel and China. 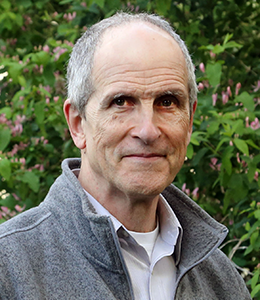 Peter H. Brodeur, PhD 1980 (Immunology) is Founding Chair and Professor of the Department of Medical Education at Tufts School of Medicine and an active volunteer serving on the university’s Alumni Association Council. As a post doc at Fox Chase Center in Philadelphia he made discoveries in B cell development, work which he continued in his lab in the Department of Pathology at Tufts. Throughout his more than 30 years in teaching across the graduate, medical and dental programs at Tufts, he has earned the admiration of students and colleagues for his engaging classroom style, empowering mentorship, and tireless and innovative contributions to enhance curriculum and academic programs. In 2013, he was recognized with a Tufts Distinction Award for creating new opportunities for innovation, one example being the highly successful MS in Biomedical Science program (MBS) to expand the pipeline of dental and medical clinicians. 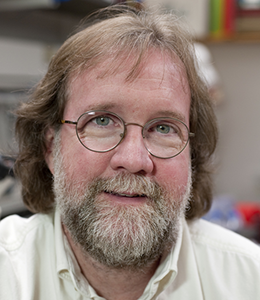 Sean B. Carroll, PhD 1983 (Immunology) is an internationally recognized evolutionary biologist and a prominent and prolific science communicator across the media spectrum, including Emmy-winning film as an executive producer. His research has centered on the genes that control animal body patterns and which play major roles in the evolution of animal diversity. He was named one of America's most promising leaders under 40 by TIME Magazine in 1994 and has received the highest accolades for contributions as a scholar, biologist, and science communicator, among them the Benjamin Franklin Medal in Life Sciences and the Stephen Jay Gould Prize. He currently leads the Department of Science Education of the Howard Hughes Medical Institute and is the Andrew and Mary Balo and Nicholas and Susan Simon Endowed Chair of Biology at the University of Maryland. 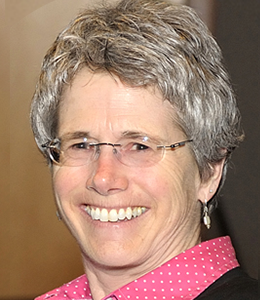 Margaret I. Johnston, PhD 1977 (Biochemistry), is a globally renowned researcher and a pivotal leader in HIV/AIDS therapeutics, vaccine, and prevention research and development. Now an independent consultant, she previously served as Senior Program Officer at the Bill & Melinda Gates Foundation, overseeing the HIV team’s advanced clinical development grant portfolio. Prior roles include Director of Vaccine Research in the Division of AIDS at the National Institute of Allergy and Infectious Diseases and Founding Scientific Director of the International AIDS Vaccine Initiative. Among her numerous honors she has received a U.S. Department of Health and Human Services Secretary’s Award for Distinguished Service, two NIH Director’s awards and five NIH Merit Awards. 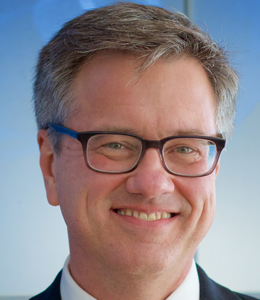 Jeffery F. Miller, PhD 1986 (Microbiology), the Fred Kavli Endowed Chair in NanoSystems Sciences and Director of the California NanoSystems Institute at UCLA, is widely recognized for his work in molecular mechanisms of bacterial pathogenesis and the evolution of functional diversity in bacteria and phage. He also co-founded AvidBiotics, a biotherapeutics company developing novel non-antibody proteins to target bacteria, virus-infected cells, and cancers. Among his honors, he is a member of the American Academy of Microbiology, the National Academy of Sciences and in 2009 was appointed by the Secretary of Health and Human Services to the National Science Advisory Board for Biosecurity. 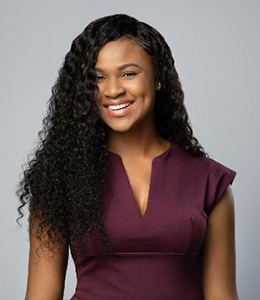 Jennifer Nwankwo, PhD 2016 (Pharmacology & Experimental Therapeutics) is an innovator and biotech entrepreneur and the founder and CEO of 1910 Genetics, a biopharma focused on accelerating the design of small molecule therapeutics that she launched in 2021 after raising $26 million in venture funding. It began with her desire to create a biopharmaceutical company that was built from the ground up with AI, computation, and biological automation, rather than adding technology as a “cherry on top of an archaic process” as she notes, based on her belief that computational technologies are only impactful in drug discovery when driven by biology. She received the Tufts Presidential Award for Citizenship and Public Service in 2016 for her founding leadership of the annual Tufts New England Case Competition and in 2021 Endpoints recognized her as one of the Top Women in Biopharma. 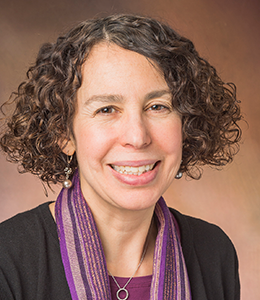 Karen M. Puopolo, MD, PhD 1993 (Medicine & Cellular & Molecular Physiology) is a national leader in neonatology who has significantly affected the health and wellness of countless newborns worldwide thanks to her co-development of a calculator to estimate the risk of sepsis in neonatal patients to avoid the unnecessary use of antibiotics. She has dedicated her career to quantifying the risk for neonatal infection and antibiotic stewardship. Currently, she is Associate Professor of Pediatrics at the University of Pennsylvania Perelman School of Medicine, a member of the Division of Neonatology at Children’s Hospital of Philadelphia, and Chief of Newborn Medicine at Pennsylvania Hospital. In 2022, she received the AAP Pennsylvania Chapter Pediatrician of the Year award. 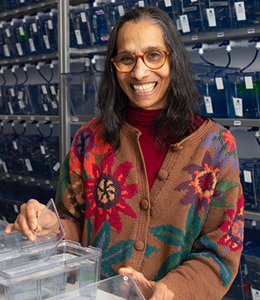 Lalita Ramakrishnan, PhD 1990 (Immunology) is a widely-recognized researcher in the pathogenesis of tuberculosis whose work is yielding deeper understandings of the basic biology of TB, and new approaches in clinical treatment. She is a Professor of Immunology and Infectious Diseases at the University of Cambridge (UK) and a group leader in the Cell Biology Division of the MRC Laboratory of Molecular Biology (UK). Her research career has included stints at Stanford University and the University of Washington where her laboratory developed the zebrafish infected with M. marinum as a model for tuberculosis. Her numerous awards and honors include the NIH Director’s Pioneer Award and the Wellcome Trust Principal Research Fellowship. She is a member of the U.S. National Academy of Sciences and the European Molecular Biology Association, and a Fellow of the Royal Society and Academy of Medical Sciences. 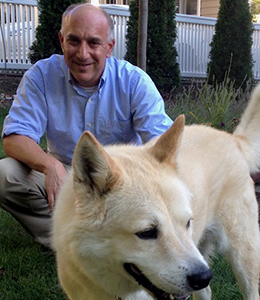 Eric J. Rubin, MD, PhD 1990 (Medicine and Microbiology) has complemented his career as a basic scientist in tuberculosis and an infectious disease clinician at Brigham and Women’s Hospital with a career in publishing, having held editorial roles at prominent basic science journals such as PLoS Pathogens, Tuberculosis and mBio.  In 2019, he achieved the pinnacle post as Editor-in-Chief of The New England Journal of Medicine (NEJM). Helming the NEJM during the Covid pandemic, he responded to this unprecedented global health crisis by adapting their review process and increasing NEJM’s overall volume of publications, to better disseminate diagnostic and therapeutic breakthroughs.  He is also a newly elected member of the National Academy of Medicine. 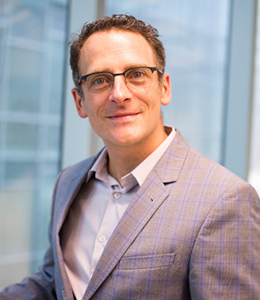 Gregory J. Sieczkiewicz, JD, PhD 2000 (Cell, Molecular & Developmental Biology) has been instrumental in translating countless transformative technologies into commercially impactful biomedicines and devices over his career, most recently as Managing Director and Chief IP Counsel at MPM Capital, a biotechnology investment firm based in Cambridge, MA and as founder/CEO of two law firms. Prior to joining MPM, Greg was the architect of IP strategy for over a dozen life science startups and former Vice President of IP at Flagship Ventures. His noteworthy contributions include avid student mentorship, always eager to intern and advance the success of students, and particularly those from Tufts. 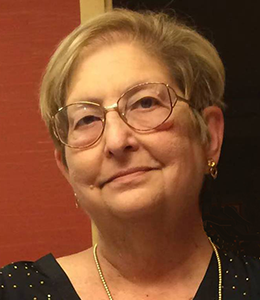 Lynn L. Silver, PhD 1975 (Microbiology) is a former senior investigator and group leader at Merck Research Laboratories. With over 7,000 citations of her 70 plus peer-reviewed publications and high demand as a reviewer and speaker, she is a recognized expert in antibacterial discovery and preclinical development. She was elected a fellow of the American Academy of Microbiology in 2018. Her research achievements include the discovery of new antibacterials to overcome antibiotic resistance and toxicity issues, and advances in our understanding of the mode of action and mechanism of resistance of inhibitors of lipid A synthesis, DNA replication, cell wall synthesis, protein synthesis, and fatty acid synthesis. She is a leader in her field not only for her scientific discoveries and contributions, but also for calling global attention to the need to reconsider how we approach discovery and development of antibiotics to overcome decades of low output. 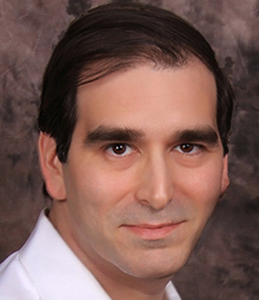 Hillel I. Sims, PhD 2008 (Genetics), is a researcher and educational leader dedicated to the success of all students.  As Associate Vice President of Workforce Development at Roxbury Community College (RCC), and formerly Dean of STEM and Director of Science Laboratories at RCC, he has innovated across the board to expand opportunities and horizons for students under-represented in science. A true champion of the next generation and their promise to take the biomedical sciences to new heights, his contributions are seen in game-changing upgrades in technology vis-à-vis a $3 million lab/classrooms renovation, networking tirelessly locally and nationally to build partnerships, such as with Massachusetts Life Sciences and Year Up, launching new pipeline programs and internships including a collaboration with Tufts GSBS, and creating forward-thinking degree opportunities that reflect his experience in allied health education, training, and job placement. 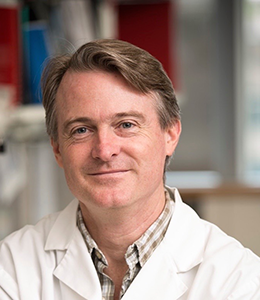 Frank J. Slack, PhD 1993 (Microbiology) has been unlocking the possibilities of microRNA since his post doc days at Harvard and later, while at Yale, he was part of the team that discovered the role of microRNAs in regulating key human oncogenes, and their potential as therapeutics. He co-discovered the second known microRNA let-7, and, today, his lab at Harvard is at the forefront of the microRNA revolution. In his on-going research, he seeks to identify additional novel small RNAs in development, cancer, aging, and diabetes, and novel single nucleotide polymorphisms in the non-coding portions of the genome. He has founded two companies and is the Shields Warren Mallinckrodt Professor of Pathology at Harvard Medical School, an NCI Outstanding Investigator, a former Ellison Medical Foundation Senior Scholar, and a recipient of the Heath Memorial Award from MD Anderson Cancer Center. 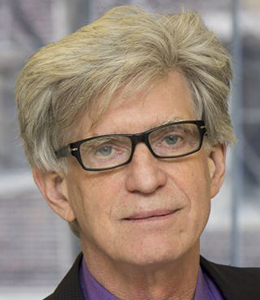 John Q. Trojanowski, MD, PhD, 1976 (Medicine & Anatomy) (1946-2022) was among the foremost pioneers in the fields of aging, neuroscience, neuropathology, and neurodegenerative diseases. An internationally celebrated neuropathologist, mentor, and collaborator, he was the recipient of what he called “an embarrassing number of awards.” With his partner in life and the lab, Dr. Virginia Lee, he made numerous historic research contributions and was one of the 10 most cited neuroscientists in the world. While peers were focused on amyloid, he and Lee established abnormal tau as a key contributor to Alzheimer’s disease, as well as its central role in a rare group of degenerative dementias, and, further, that alpha-synuclein accumulates in areas known as Lewy bodies in Parkinson’s patients. He held several decades-long directorships in his long career at the University of Pennsylvania, among them the Institute on Aging, the Penn Alzheimer’s Disease Center, and the Penn Center for Parkinson’s Research, and he co-established the Penn Brain Bank. 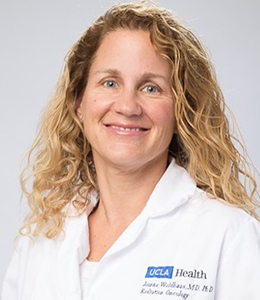 Joanne Barnes Weidhaas, MD, PhD 1999 (Medicine & Microbiology), is bringing the promise and potential of personalized medicine in cancer prevention and treatment closer thanks to her discoveries in microRNA including a new class of genetic biomarkers that predict both cancer risk and responses to cancer therapy. Her pioneering work includes co-founding the KRAS-variant, a strong predictor of cancer risk, tumor biology and treatment response.  Combining her clinical skill as a radiation oncologist with her training as a molecular biologist, she is a physician-scientist entrepreneur who has dedicated her life to improving the care of cancer patients. She is currently Professor and Vice Chair of the Division of Molecular and Cellular Oncology at UCLA. She holds several patents and co-founded the genetics company MiraDX, as well as MiraKind, a non-profit focused on advancing the application of microRNA discoveries.